UNHCR’s Global Trends report and an accompanying package of multimedia assets are available on our media page. The report is subject to a worldwide embargo of no use before 00:01 GMT on 16 June 2022.

UNHCR’s Global Trends report is released in parallel with its annual Global Report, which reports on UNHCR programmes and activities to address the needs of all who are forced to flee, as well as the world’s known stateless populations. 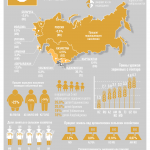