UN Human Rights’ headquarters in Geneva, Palais Wilson, one of the city’s historical landmarks, was lit up in purple on 19 August 2021 to mark the start of a global, 10-year campaign to empower people with disabilities and advance their human rights. Purple is the international colour for disability.

People with disabilities represent 15 per cent of the world’s population. They are part of human diversity, not an abnormality. Multiple leading international organisations have joined in support the  #WeThe15 campaign, which aspires to be the biggest ever human rights movement to represent the world’s 1.2 billion persons with disabilities.

“WeThe15 is bringing together a unique group of partners – disability-specific sports organisations, the disability rights movement, people from the private sector, researchers and the United Nations – to work together to change the narrative on disability, and to make human rights-based development a reality for persons with disabilities,” said Michelle Bachelet, UN High Commissioner for Human Rights.

Launching just ahead of the Paralympic Games in Tokyo, the #WeThe15 campaign aims to promote greater inclusion and access to services for people with disabilities, and to give wider visibility to disability issues.

“We plan to build on the multiple Paralympic Games in Beijing, Paris, Milan and Los Angeles, particularly in the local communities, to make it clear that upholding and advancing the human rights of persons with disabilities is relevant, doable and necessary – for everyone’s benefit,” Bachelet added.

Over the next decade, #WeThe15 partner organizations will work with Governments, businesses, and the public to bring about change for the world’s largest marginalised group.

More information about WeThe15 can be found on the #WeThe15 website and social media channels. 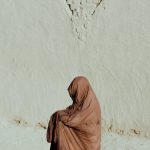 UNHCR position on returns to Afganistan 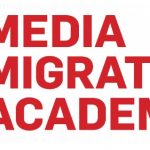