1. In the wake of the withdrawal of international troops from Afghanistan, there has been a rapid deterioration in the security and human rights situation in large parts of the country.1The Taliban has taken control of a rapidly increasing number of districts, with their advance accelerating in August 2021, to capture 26 out of 34 of Afghanistan’s provincial capitals in the space of ten days, ultimately taking control of the presidential palace in Kabul.

2. The upsurge of violence has a serious impact on civilians, including women and children.3UNHCR is concerned about the risk of human rights violations against civilians, including against women and girls and against Afghans who are perceived by the Taliban to have a current or past association with the Afghan government or with the international military forces in Afghanistan or with international organizations in the country.

7. As the situation in Afghanistan is volatile and may remain uncertain for some time to come, coupled with an unfolding humanitarian emergency in the country,10UNHCRcalls on States to suspend the forcible return of nationals and former habitual residents of Afghanistan, including those who have had their asylum claims rejected. A moratorium on forced returns to Afghanistan would need to stay in place until the situation in the country has stabilized, pending an assessment of when the changed situation in the country would permit return in safety and dignity. The bar on forcible return serves as a minimum standard and needs to remain in place until such time as the security, rule of law, and human rights situation in Afghanistan has significantly improved to permit a safe and dignified return of those determined not to be in need of international protection.

8. In line with the commitment by UN Member State sunder the Global Refugee Forum to the equitable sharing of responsibility for international refugee protection, UNHCR also considers that it would not be appropriate to forcibly return nationals or former habitual residents of Afghanistan to countries in the region, in view of the fact that countries such as Iran and Pakistan have for decades generously hosted the vast majority of the total global number of Afghan refugees.11.9.UNHCR will continue to monitor the situation in Afghanistan with a view to assessing the international protection needs arising out of the current situation. 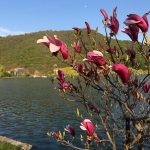 The Human Rights Center of Georgia 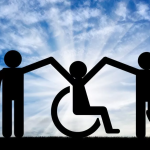 #WeThe15: A global human rights movement for the 1.2 billion persons with disabilities