The Council of Bars and Law Societies of Europe (CCBE) has given its Human Rights Award 2021 to four Belarussian lawyers.

The organisation is also granting an exceptional award as to all endangered lawyers in Afghanistan.

It says that the four Belarussian lawyers – Lilya Vlasova, Maksim Znak, Dmitry Laevski and Leanid Sudalenko – have distinguished themselves “for their courage, determination, and commitment to defending citizens’ fundamental rights, and the rule of law in Belarus”.

The CCBE describes the four recipients of the award as “victims of judicial harassment” due to their work as lawyers. Three are currently in detention, while a fourth has been disbarred.

Vlasova was arrested on 31 August 2020, and remains in detention, despite protests from several international lawyers’ organisations.

Znak represented many clients in politically sensitive cases, and was sentenced to ten years in prison after one year of pre-trial detention.

Sudalenko represented human-rights defenders and activists, and was arrested on 18 January 2021 on charges of “organising, financing, training and preparation of actions grossly violating public order and financing such activities”.

Laevski, who has represented several political prisoners in court, was officially disbarred on 9 July 2021, after two disciplinary proceedings against him.

The awards ceremony will be held today, on 10 December 2021, during the CCBE plenary. 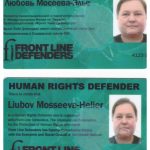 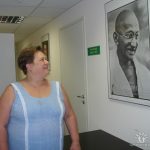