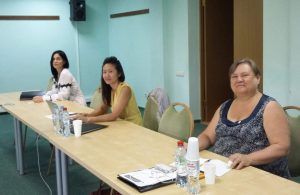 On 22 July 2018, human rights lawyer Irina Biryukova reported that she had received threats and asked for State protection, following her publishing of information regarding reports of torture in a prison colony in Yaroslavl.

Irina Biryukova is a lawyer with Public Verdict Foundation. Public Verdict Foundation is an organisation which raises awareness of human rights violations committed by law enforcement agents, contributes to ensure public oversight of places of detention in the Russian Federation and provides victims who have suffered abuse by law enforcement with legal help.

On 22 July 2018, a confidential source close to the prison administration in Yaroslavl informed Irina Biryukova that her physical safety was in danger. She also began to receive threats on social media. Irina Biryukova sent a letter to the head of the Federal Investigative Committee, Aleksandr Bastrykin, and to the Federal Bar Association reporting the threats and asking for State protection for herself and her family. It is believed that the threats against her are in relation to the case of one of her detained clients, Evgeny Makarov, following a video made public days previous, showing torture that he suffered while detained in 2017.

On 20 July 2018, Novaya Gazeta newspaper published a video showing the torture of Evgeny Makarov, a detainee in prison colony N1 in Yaroslavl and client of Irina Biryukova. The video, which dates back to 2017, had  been leaked to the human rights defender who then gave it to the press. The shocking 10-minute video was recorded by one of the prison guards, and shows the detainee, who is immobilised on a table, being severely beaten by 17 prison workers. According to legislation, guards are required to wear video recording devices in order to ensure their compliance with legislation on treatment in detention. In 2017, after receiving information on the incident from her client, Irina Biryukova lodged a complaint, but the subsequent investigation concluded that the prison guards had used legitimate and proportionate force against her client.

After its recent publication, the video garnered much public attention and widespread media coverage. The Federal Investigative Committee launched an investigation under Article 286 of the Criminal Code of the Russian Federation, “exceeding official power with the use of violence”, and 17 workers of the prison colony were dismissed. On 23 July 2017, the Investigative Committee reported that six of those dismissed had been arrested.

Front Line Defenders fears for the physical and psychological security of Irina Biryukova and members of her family and believes that the threats against her are directly linked to her human rights work.

Front Line Defenders urges the authorities in the Russian Federation to:

1. Carry out an immediate, thorough and impartial investigation into threats against Irina Biryukova, with a view to publishing the results and bringing those responsible to justice in accordance with international standards;

2. Take all necessary measures to guarantee the physical and psychological integrity and security of Irina Biryukova, as well as of the members of his family;

3. Guarantee in all circumstances that all human rights defenders in the Russian Federation are able to carry out their legitimate human rights activities without fear of reprisals and free of all restrictions. 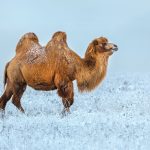