The Dutch requirement that a child provide proof of lack of nationality in order to be recognised as stateless was a violation of Art 24 ICCPR. As a person registered with ‘unknown nationality’ the child could not benefit from international protections afforded to stateless children, including the right to acquire the nationality of the State in which they are born.

Language(s) the decision is available in: English, French, Russian, Spanish

The author’s mother was born in 1989 in China, but her birth was not registered in accordance with Chinese law. She was trafficked to the Netherlands in 2004, aged 15. An investigation into her trafficking was terminated in 2009 and she was thereafter classified as an ‘illegal alien’ under Dutch law. The author was born in 2010 in Utrecht. On registration of his birth, the author’s mother provided no proof of his nationality and his nationality was registered as ‘unknown’.The author’s mother attempted to change the author’s nationality from ‘unknown’ to ‘stateless’. For this it was required to prove the author’s lack of nationality. She made several attempts to obtain confirmation from Chinese authorities of whether the author was considered a Chinese national. The Chinese Embassy told the author’s mother that it could only provide proof of nationality for the author if she herself had been registered as a Chinese national, which she was not.In July 2012, the Dutch municipality rejected the author’s mother’s request to register the author as stateless on the ground that the author had not proved that he had no nationality. The municipality required official legal or State-issued documentation confirming that the author was not a Chinese national. The decision was appealed at all levels, up to the Administrative Law Division of the Council of State, the highest appeal court in the Netherlands. At each appeal the author’s case was rejected on the grounds that the burden of proving a lack of nationality rested on the author and not the municipality. The Council of State acknowledged that individuals entitled to protection were falling through a gap in the legislation, but concluded that such a gap could only be remedied by the legislature (Council of State (Raad van State), ECLI:NL:RVS:2014:1788, 21 May 2014).

Without being recognised as stateless, the author could not acquire Dutch nationality. Even as a recognised stateless person, Dutch law would require him to live in the Netherlands with a lawful residence permit for three years before becoming eligible to apply for nationality.

In 2015, the author applied to be recognised as a Dutch citizen despite not being recognised as stateless nor holding a residence permit. The Mayor of the municipality acknowledged that, without a status determination procedure, it was impossible for the author to be recognised as stateless, but argued it was beyond his authority to make a determination about the author’s status. This decision was later upheld by the appeals commission, the Court of the Hague and the Council of State (Council of State (Raad van State), ECLI:NL:RVS:2016:2912, 2 November 2016). At the time of the decision, the author was living with his mother in a restricted freedom centre for failed asylum seekers. They had almost no contact with Dutch society and lived under the threat of deportation. They were subject to strict reporting requirements and could not leave the municipality. The centres are intended for short term use only but the author and his mother had been living there for three years. The centres have been criticised by children’s rights groups as especially damaging and traumatic for children. Legal arguments by the applicantArticle 24(3)The author submitted that there was a violation of his rights under Art 24(3) ICCPR. The author cited the lack of reliable opportunity for him to acquire Dutch nationality during childhood and the years spent in ‘legal limbo’ as a result of the State party’s rules on statelessness, residency rights and acquisition of nationality.The author argued that, in considering the general scope of Art 24(3), the Committee should recognise the links between the right to a nationality and the individual’s right to enjoyment of juridical personality and respect for human dignity.Article 2(2)The author argued that the violation of his right to acquire a nationality was the direct consequence of the State party’s failure to give effect to the rights enshrined in Art 24 through appropriate legislation and administrative rules. The author argued this amounted to a breach of Art 2(2) ICCPR.Article 2(3)

The author claimed that the State party had failed to provide him with an effective remedy for the violation of Art 24 in accordance with Art 2(3) ICCPR.RemedyThe author requested the Committee to find a violation of his rights under the above articles. He also requested the Committee to recommend that the State party: (a) amend his record from ‘unknown nationality’ to ‘stateless’; (b) grant him a residence permit retroactive to his birth; (c) establish in law a statelessness determination procedure; and (d) amend Dutch nationality law to make citizenship available to stateless children born in the territory, but who hold no permit to stay.Legal arguments by the opposing partyThe State party acknowledged that the author was unable to enjoy his right as a minor to acquire a nationality. The State party also noted that the domestic legislature was preparing two bills which would establish a statelessness determination procedure and provide an option for children born stateless in the Netherlands but without lawfully residency to acquire Dutch nationality. The State party offered the author €3,000 compensation for the violation of his rights and reimbursement of costs incurred as a result of bringing the complaint before the Committee.The author commented that the proposed legislative changes and offer of compensation were both inadequate. Decision & ReasoningAdmissibility The Committee held that the claim under Art 2(2) was not admissible. Art 2(2) can only be invoked where the failure of the State party to observe its obligations under that Article are the proximate cause of a violation of an individual’s rights (Poliakov v Belarus followed). The claims under Arts 24 and 2(3) were found admissible. Article 24

The Committee recalled the special protections for children enshrined in Art 24. It highlighted that, under Art. 24(1) the primary consideration in decisions relating to a minor must be the best interests of the minor concerned. There is no general obligation on States to give nationality to every child born in their territory, but they must «adopt every appropriate measure…to ensure that a every child has a nationality when he is born» [8.2].The Committee noted that, according to the UNHCR Guidelines on Statelessness No.4, States must recognise an individual as not having the nationality of a State which refuses to recognise that individual as a national. This includes situations where a State fails to respond to enquiries to confirm the individual’s nationality. Further, «the burden of proof must be shared between the claimant and the authorities of the contracting State to obtain evidence and to establish the facts as to whether an individual would otherwise be stateless» [8.3].The Committee also noted that the Guidelines advise that if an individual is classified as having ‘undetermined nationality’ this should be for no longer than strictly necessary: «States need to determine whether a child would otherwise be stateless as soon as possible so as not to prolong a child’s status of undetermined nationality. For the application of articles 1 and 4 of the 1961 Convention, it is appropriate that such a period not exceed five years.» [8.3]The Committee recalled its concern expressed in its concluding observations on the State party’s fifth periodic report that the proposed procedure for statelessness determination was not in line with international standards, particularly because it did not grant residence permits to stateless individuals. The Committee also noted the view of the Committee on the Rights of the Child that the State party should «ensure that all stateless children born in its territory, irrespective of residency status, have access to citizenship without any conditions.» [8.4]The Committee noted the considerable steps taken by the author’s mother to establish whether the author is recognised by China as a Chinese national. It noted that in rejecting the author’s mother’s application to register the author as stateless, the domestic authorities had cited the lack of proof of the author’s nationality but did not outline any further steps that the author’s mother could take to obtain such proof.

The Committee went on to note that Dutch authorities made no enquiries of its own to determine the nationality of the author, and that the Council of State acknowledged that the current state of Dutch law allowed individuals, including children, to fall through a gap in the legislation. Finally, the Committee noted the State party’s acknowledgement that the author was unable to effectively enjoy his right as a minor to acquire a nationality. The Committee concluded that the State party had violated the author’s rights under Art 24(3) read alone and in conjunction with Art 2(3) ICCPR.Individual Opinion of Committee Member Yadh Ben Achour (concurring)In relation to the Committee’s findings on admissibility, the Member argued that Art 2(2) ICCPR can give rise to a claim in communication submitted under the Optional Protocol to the ICCPR (Rabbae et al. v. Netherlands cited). Second, the Member argued that the State party’s breach of Art 2(2) was in fact the proximate cause of a violation of the author’s rights and that the author’s claim under that Article was therefore admissible. Finally, the Member noted that the State party’s conduct fell within the scope of Art 16 ICCPR, amounting almost to a denial of the right to recognition as a person before the law.Individual Opinion of Committee Member Hélène Tigroudja(concurring)The Member argued that the case implicitly required consideration of Art. 16 (recognition of legal personality) and Art. 7 (humane treatment) ICCPR and that these should have been considered by the majority. The Member cited the cases of Penessis v United Republic of Tanzania (African Court on Human and Peoples’ Rights) as authority for nationality as a fundamental aspect of human dignity, and the case of Yean and Bosico Girls v Dominican Republic (Inter-American Court of Human Rights) which recognised the particular vulnerability of children who are denied the right to a juridical personality. Decision documentsCase of Zhao v. Netherlands.pdfOutcome

The Committee held that the State party’s conduct amounted to a violation of the author’s rights under Art. 24(3) read alone and in conjunction with Art 2(3) ICCPR. The State party was obligated to provide adequate compensation and to review its decisions on the author’s applications to be registered as stateless and as a Dutch citizen. The Committee requested that the State party review the author’s living situation and residence permit, and required it to take all necessary steps to avoid similar future violations, including by reviewing its legislation on the determination of statelessness and the acquisition of nationality. Links to other relevant materials related to the case (blogs, analysis, articles, reports, etc.)A victory for human rights in Zhao v. the Netherlands (the ‘Denny case’): Nationality from birth, without exceptions, at https://www.statelessness.eu/updates/blog/victory-human-rights-zhao-v-netherlands-denny-case-nationality-birth-withoutEvery downside has its upside: run-up to a statelessness determination procedure in the Netherlands?, at https://www.statelessness.eu/updates/blog/every-downside-has-its-upside-run-statelessness-determination-procedure-netherlandsUnknown Nationality: Children left in Limbo in the Netherlands, at https://www.justiceinitiative.org/litigation/zhao-v-netherlandsThe Public Interest Litigation Project, at https://pilpnjcm.nl/en/dossiers/statelessness/Caselaw citedHuman Rights CommitteeBakhtiyari and Bakhtiyari v. Australia (CCPR/C/79/D/1069/2002)Lubicon Lake Band v. Canada (CCPR/C/38/D/167/1984)Mónaco de Gallicchio v. Argentina (CCPR/C/53/D/400/1990)Poliakov v. Belarus (CCPR/C/111/D/2030/2011)Rabbae et al. v. Netherlands (CCPR/C/117/D/2124/2011)African Court on Human and Peoples’ RightsPenessis v. United Republic of Tanzania, application No. 013/2015, judgment of 28 November 2019

Inter-American Court of Human RightsProposed Amendments to the Naturalization Provisions of the Constitution of Costa Rica, Advisory Opinion OC-4/84 of 19 January 1984. Series A, No. 4Yean and Bosico Girls v. Dominican Republic, Preliminary Objections, Merits, Reparations and Costs, Judgment of 8 September 2005. Series C, No. 130 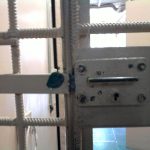 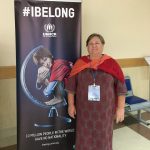