Strasbourg, 06.07.2021 – The Ninth Amendment to Hungary’s Fundamental Law, which entered into force on 23 December last year, should have had proper public consultations before its adoption last year, according to an opinion published late on 5 July by the Council of Europe’s Venice Commission.

In their opinion, the Council of Europe’s constitutional law experts consider that the law’s passage  through a fast-track process during a state of emergency was neither in line with recommendations of the Venice Commission Rule of Law Checklist, nor compatible with the Commission’s Report on Respect for democracy, human rights and the rule of law during states of emergency.

Requested by the Monitoring Committee of the Council of Europe’s Parliamentary Assembly, the opinion on the Ninth Amendment addresses a wide variety of subjects, namely marriage and family, sexual orientation, gender identity and the raising of children, as well as the definition of public funds and the establishment of “public interest asset management foundations performing public duties”, in particular with respect to universities, and issues related to exceptional situations such as war or state of emergency.

The Commission concludes that the choice to define marriage as a union solely between a man and a woman as outlined in the amendment belongs to the Hungarian state and its constituent legislator.

The Omnibus Act, adopted in the same package of December 2020, stipulates that only married couples should be allowed to adopt children. By way of exception, single persons can adopt, but only by special permission of the Family Affairs Minister.

But potential discrimination, as defined by the European Convention on Human Rights (ECHR), would arise should Hungary in its family law allow for adoptions by single, albeit only heterosexual parents, or for adoptions by unmarried, albeit only opposite-sex couples. “This constitutional amendment should not be used as an opportunity to withdraw existing laws on the protection of individuals who are not heterosexuals, or to amend these laws to their disadvantage”, according to the opinion. In this respect, clear criteria should be established, limiting the new discretionary power of the Minister of Family Affairs to provide or refuse consent for single persons adoptions, ensuring that the principle of non-discrimination on all grounds, including on the basis of sexual orientation and gender identity, is thoroughly implemented.

The amendment also restricts children’s gender identity to their sex as “registered at birth”; this makes the legal recognition of gender of trans and intersex people unconstitutional and therefore impossible, as was explained by the Hungarian authorities, which is incompatible with international human rights standards, according to the opinion. The Venice Commission further “notes with concern” that this situation may result in discrimination on the basis of sexual orientation and gender identity, in violation of applicable international human rights norms.

The Commission therefore recommends repealing the amendment that “Hungary shall protect the right of children to a self-identity corresponding to their sex at birth” or to ensure that the amendment does not have the effect of denying the rights of transgender people to legal recognition of their acquired gender identity. It recommends that the system of birth registration and subsequent legal recognition of gender identity comply with non-discrimination requirements of both international human rights law and applicable Hungarian non-discrimination norms, which are to be applied in a strict manner.

For the establishment of “public interest asset management foundations performing public duties” and the definition of public funds, the opinion raises concerns over the amendment’s impact on the education system. The submission of public universities to the management of a board of trustees – initially appointed by the government and subsequently released from democratic supervision – “risks threatening their academic freedom and weakening their autonomy”, according to the opinion.  The Venice Commission invites the Hungarian authorities to consider the role of universities as places of free thought and argumentation, adequately guaranteeing their academic freedom and autonomy, and warns against the risk of removing public funds and public tasks from democratic control.

Articles in the amendment relating to the “special legal order” that pertains to state of war, state of emergency and state of danger mainly leave the specification of most details to implementing legislation, which could eventually raise some serious questions regarding the scope of the powers of the State during states of exception. The abolition of the National Defence Council and entrusting its powers to the Government, which is less broadly representative, leads to a “concentration” of emergency powers in the hands of the executive, which cannot be considered an encouraging sign. 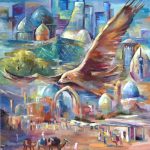 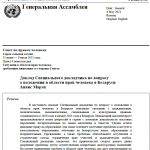