Recommendation CM/Rec(2009)6of the Committee of Ministers to member stateson ageing and disability in the 21st century: sustainable frameworks to enable greater quality of life in an inclusive society

The Committee of Ministers, Considering that the aim of the Council of Europe is to achieve greater unity between its members and that this aim may be pursued, inter alia, by the adoption of common rules in the disability policy field for the purpose of promoting the protection of political, civil, social and cultural rights; Reaffirming the universality, indivisibility and interdependence of all human rights and fundamental freedoms, and the need to guarantee their full enjoyment, without any discrimination, by people with disabilities, regardless of their age, gender, their belonging to a minority group or of the type, origin or severity of their condition; Considering that failure to promote the rights of citizens with disabilities and to ensure equality of opportunities is a violation of their human dignity;Convinced that ensuring equal opportunities for members of all groups in society contributes to securing democracy and social cohesion; Noting that the progressive ageing of people with disabilities, particularly of those requiring more intensivesupport, presents new challenges for societies across Europe, and requires innovative approaches to meet these challenges across a wide range of policy and service areas; Reiterating the need to closely involve ageing people with disabilities and older people with disabilities1in decisions affecting their lives; Having regard to the Convention for the Protection of Human Rights and Fundamental Freedoms (ETS No. 5); Having regard to the revised European Social Charter (ETS No. 163), in particular Article 15, and the Additional Protocol to the European Social Charter Providing for a System of Collective Complaints (ETS No. 158); Bearing in mind the Recommendation Rec(2006)5 on the Council of Europe Action Plan to promote the rights and full participation of people with disabilities in society: improving the quality of life of people with disabilities in Europe 2006-2015; Taking note of the final declaration of the 2nd European Conference of Ministers responsible for IntegrationPolicies for People with Disabilities, held in 2003 in Malaga, Spain, entitled “Progressing towards fullparticipation as citizens”; Taking note of the St. Petersburg Declaration, adopted at the European Conference “Improving the quality of life of people with disabilities in Europe: participation for all, innovation, effectiveness”, St. Petersburg, Russian Federation, 21-22 September 2006;

Taking into account the final declaration of the 1st European Conference of Ministers responsible for Social Cohesion held in 2009 in Moscow, Russian Federation, entitled “Investing in social cohesion – investing in stability and the well-being of society”; Welcoming Recommendation 1854 (2009) and Resolution 1642 (2009) of the Parliamentary Assembly of the Council of Europe on “Access to rights for people with disabilities and their full and active participation in society”; Bearing in mind the achievements of the Partial Agreement in the Social and Public Health Field in disability-related matters, and in particular, its Resolution ResAP(2007)3 on achieving full participation through Universal Design; Referring to the work carried out by the European Co-ordination Forum for the Council of Europe Disability Action Plan 2006-2015 (CAHPAH) and by its subordinate body, the Committee of Experts on ageing of people with disabilities and older people with disabilities (CAHPAH-VPH), namely the report entitled “Enhancing rights and inclusion of ageing people with disabilities and older people with disabilities: a European perspective”; Taking into account the proceedings of the European Conference entitled “Protecting and promoting the rights of persons with disabilities in Europe: towards full participation, inclusion and empowerment” under the aegis of the Swedish Chairmanship of the Committee of Ministers of the Council of Europe and Presidency of the Nordic Council of Ministers, held in Strasbourg, on 29 and 30 October 2008, and of the Conference on Women and Disabilities under the aegis of the Spanish Chairmanship of the Committee of Ministers of the Council of Europe, held in León, Spain, on 12 and 13 February 2009;Taking due account of the United Nations Convention on the Rights of Persons with Disabilities (2006);Having regard to the International Classification of Functioning, Disability and Health (ICF) (2001) of the World Health Organisation; Taking note of the International Plan of Action on Ageing, adopted by the United Nations Second World Assembly on Ageing, held in Madrid, Spain, from 8 to 12 April 2002;Welcoming the Graz Declaration on Disability and Ageing, adopted at the European Conference on “Ageing and Disability – Disabled People are Ageing, Ageing People are Getting Disabled”, held in Graz, Austria, on 8 and 9 June 2006, as a particularly important contribution to the Europe-wide commitment to enhancing therights and removing barriers to inclusion of ageing and older people with disabilities;Taking note of the outcomes of the 1st International Conference on “Bridging Knowledge in Long-term Careand Support: Crossing Boundaries between Ageing and Disability”, held in Barcelona, Spain, from 5 to 7 March 2009, Recommends that the governments of the Council of Europe member states, with due regard for their own national, regional or local structures and respective responsibilities, contribute to the creation of sustainable frameworks to enable greater quality of life in an inclusive society for ageing people with disabilities and olderpeople with disabilities, and to this end:

a.take account, as appropriate, in their policies, legislation and practice, of the principles set out in the appendix to this recommendation and implement the measures advocated therein;

b.promote the implementation of this recommendation in areas which are not the direct responsibilityof public authorities, but where they have a certain influence or play a role;

d.ensure the widest possible dissemination of this recommendation to all parties concerned, for example through awareness-raising campaigns and co-operation with civil society

Financial framework: including rights and funding for services, diversification of sources of finance, and the challenge of financial restraints.Participatory framework:concerning involvement at different stages in planning and implementation of policies, programmes and services.

Operational framework:covering a range of measures and services to promote autonomy and independence for people with disabilities, with emphasis on innovation and good practice.

Individual framework:including measures to prepare people with disabilities for change and transition; needs assessment and service planning for individuals; and measures to guarantee rights to be fully informed and consulted.

The Council of Europe Strategy on the Rights of Persons with Disabilities – Human Rights: A Reality for All – outlines the Organisation’s priorities in the period 2017-2023. 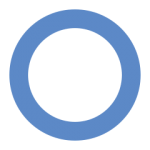 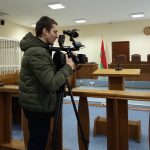