“We are appalled by the killing of a father, seeking justice for his son’s disappearance. We are horrified that the killers allegedly have links to the Popular Mobilization Units, part of the Iraqi Security Forces,” the experts said.

“It is vital that Iraq promptly conducts independent investigations in line with relevant international standards and bring to justice all those responsible, including the masterminds,” they said, noting reports that one individual has been arrested over the killing.

The experts highlighted that the investigation should also look at whether the Government knew or should have known that Mr. Jasib Al Heliji, who was shot dead on 10 March 2021, was at risk and could have prevented his death.

“How many more senseless killings before the authorities take decisive actions against those behind them? There were several warning signs which were apparently ignored. How many threats are required for the authorities to act and protect all those on the receiving end?” they said.

The experts also called for more to be urgently done to establish the fate and whereabouts of Mr. Ali Al Heliji а human rights defender. He was abducted on 8 October 2019, shortly after reportedly being threatened by members the Popular Mobilization Units including for his participation in a demonstration against unemployment, corruption and poor public services.

Before his killing, Mr. Jasib Al Heliji had been advocating for justice for his son’s disappearance, including filing a court case naming the militia and individuals allegedly involved.  In July 2020, Mr. Jasib Al Heliji reportedly stated in a widely shared video on social media that he felt his own life was at risk.

«We are further concerned that, if the Government doesn’t take strong action on these cases and other alleged violations by the Popular Mobilization Units, people will no longer dare to participate in assemblies and exercise their freedom of expression, with devastating consequences for all human rights in Iraq.»

The experts have recently written to the Government to express their concerns over the killing.  Several experts also previously wrote to the Government in November 2020 regarding the enforced disappearance of Mr. Ali Al Heliji. They have not received a reply to their letter. 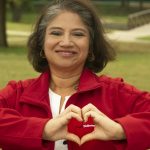 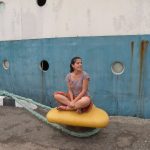